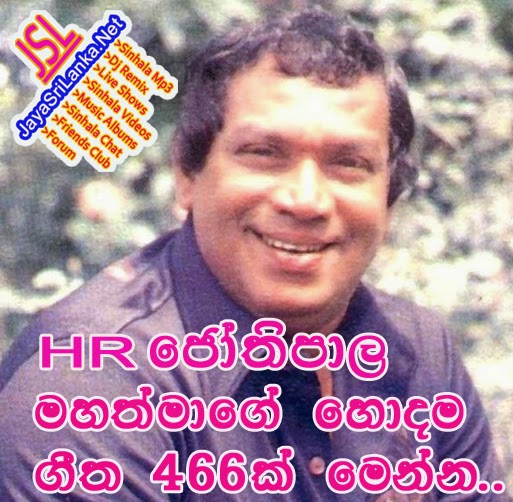 The story, set in Sherwood Forest, is about a poor, pure-hearted thief, a young warrior named Robin Hood and his band of merry men. In the opening song, Robin Hood steals from the rich to give to the poor. The most famous folk ballad set in Sherwood Forest is Robin Hood and the Merry Men (the original lyric is “Weeping Willow”), which includes the well-known verses: “When Robin Hood was in Nottingham town”, “In merry Sherwood, where the deer do roam”, “Robin Hood is in Sherwood, so let us go”, “Robin hood is Robin Hood, no other he” and “Well does every man leave his door”. The song was written by James Hogg in 1810, based on the legendary outlaw of the same name who lived from 1725 to 1795.

Thee welcome, gentle frere,
the night is wearie,
of all this weary night,
and of the merry chere.

Wherefore, let us sit and dine,
before the quenk is flown,
Before the sun with silver face,
dips into the ocean.

This is the first of the two singles released by H. R. Jothipala together with Anjalin Gunathilaka. The single contains a hidden track in the end.

The second single was released on 6 June. Anjalin Gunathilaka was released from his alias ‘Marisankamillai’, but continued his career as an actor under the name ‘Anjalin’. The song contains a shortened version of ‘Kamma Kayi Dheere’ composed by A. R. Rahman in Payanam.

The song Samudurai Ralai Wage is ranked at number 84 in the list of the highest-selling songs of the year in Sri Lanka.

Video
The video contains short stills of the song Samudurai Ralai Wage with harmonium playing a solo and the main songs playing together.